Legislation refers to laws. To legislate is to make laws. The legislative branch of the US federal government is Congress. Congress is divided into the Senate, in which the states are represented, and the House of Representatives, in which the people are represented.  Again, this is very similar to Switzerland. The states are represented equally in the Senate (regardless of their size or population), each state sending two senators. Senators are elected for six years, with one third being elected every two years. By contrast, members of congress are elected to the House of Representatives for only two years. Thus, senators are less sensitive to the ups and downs of public opinion than House Representatives, who continuously have to worry about getting re-elected. Senators are seen as senior statesmen who advise the president. Their approval is needed when the president makes important appointments, such as secretaries of state (ministers who head government departments or ministries), federal judges and ambassadors. In keeping with the constitutional principle of "checks and balances", the Senate's ratification (approval) is also needed before treaties signed by the president can come into effect. All legislation (laws in-the-making, referred to as 'bills') requires the approval-usually by a simple 50 per cent majority-of both the House and the Senate. Finally, the president's signature is required before a bill can become law.
The situation contrasts with most parliamentary systems in the world, where the party with the biggest vote in a parliamentary election automatically gets to nominate the head of government (usually the leader of that party). In this case, there is no separate election for the head of government, who is a member of parliament and can rely on a majority there. ​

The Supreme Court heads the judicial branch of government (the law courts). Its job is to determine the constitutionality of laws. In the American system of government, the judiciary is entirely separate from the executive branch, which is headed by the president. Although Supreme Court judges are appointed by the president, they are appointed for life, so cannot be removed. An independent judiciary is an essential feature of truly democratic states. It is only possible to have a genuine opposition to the government if people are not afraid to speak up. This will not be possible if judges can be influenced by the government.
What was the 1920s boom?

The 1920s, also known as the "Roaring Twenties," was a period of significant economic growth and prosperity in the United States. (Textbook 184-5) 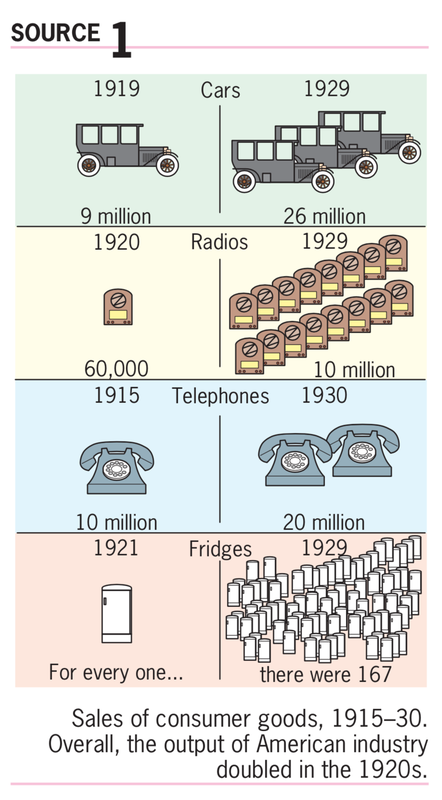 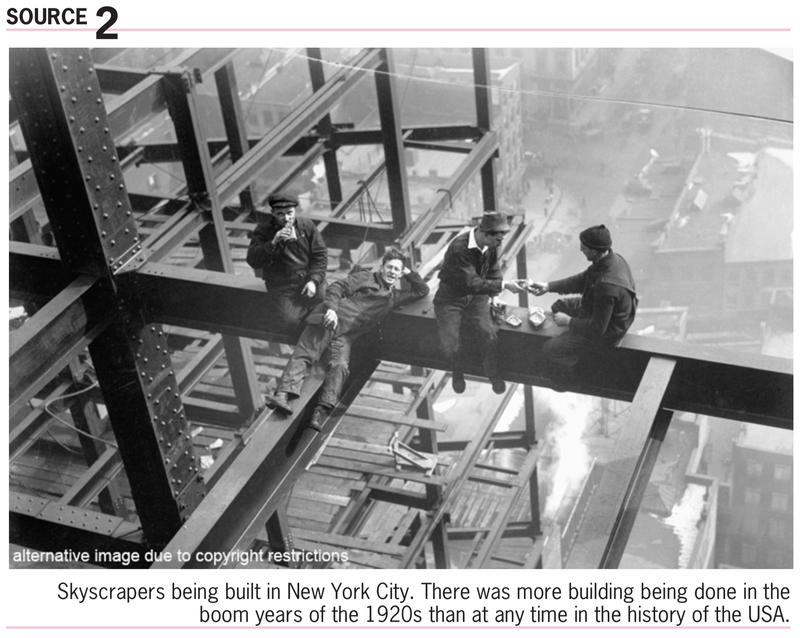 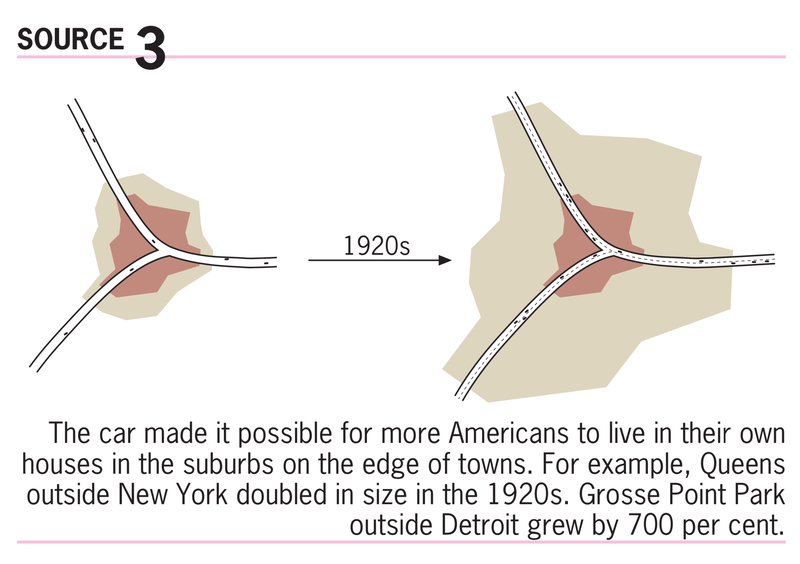 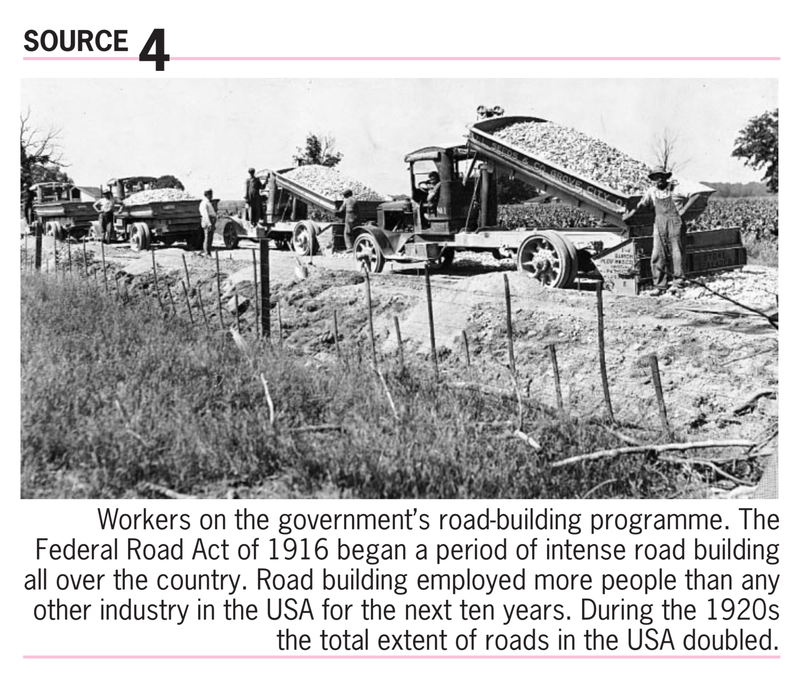 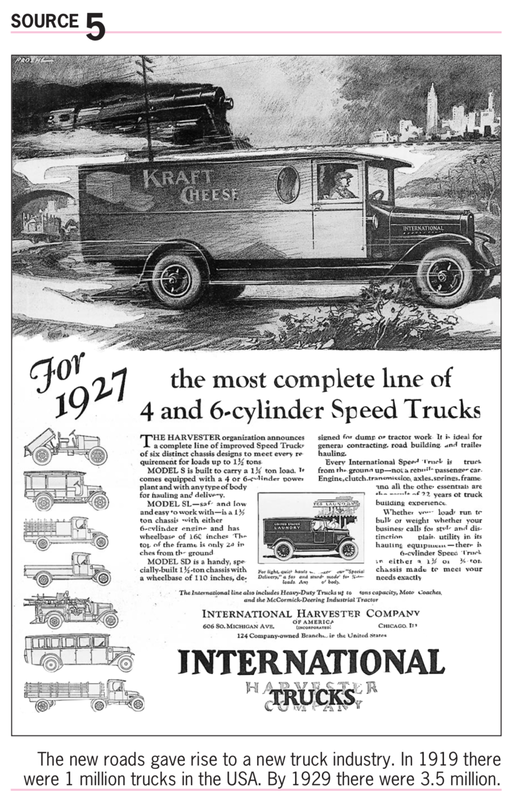 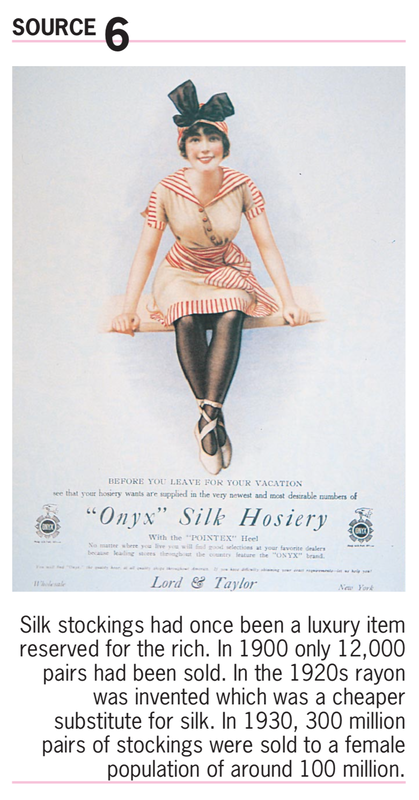 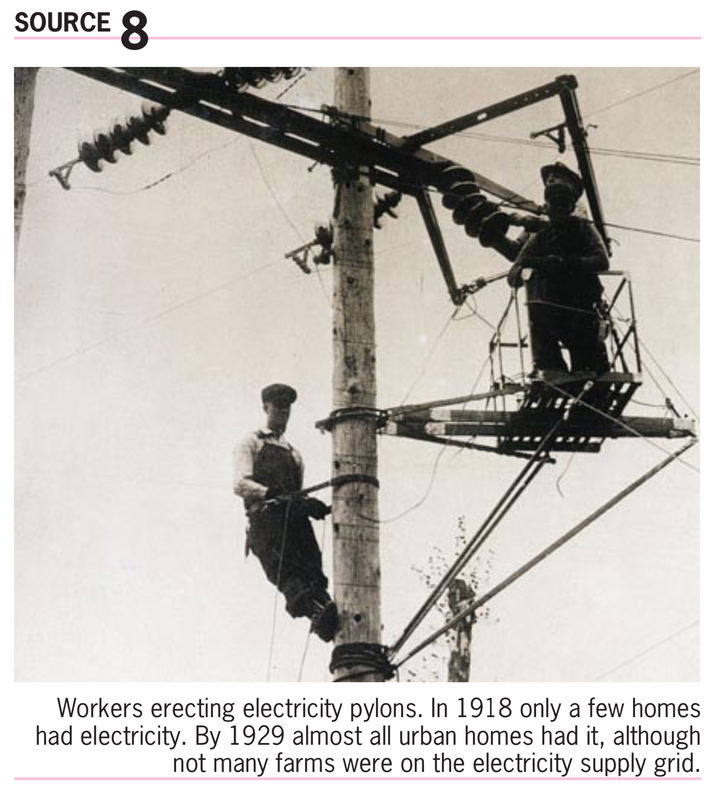 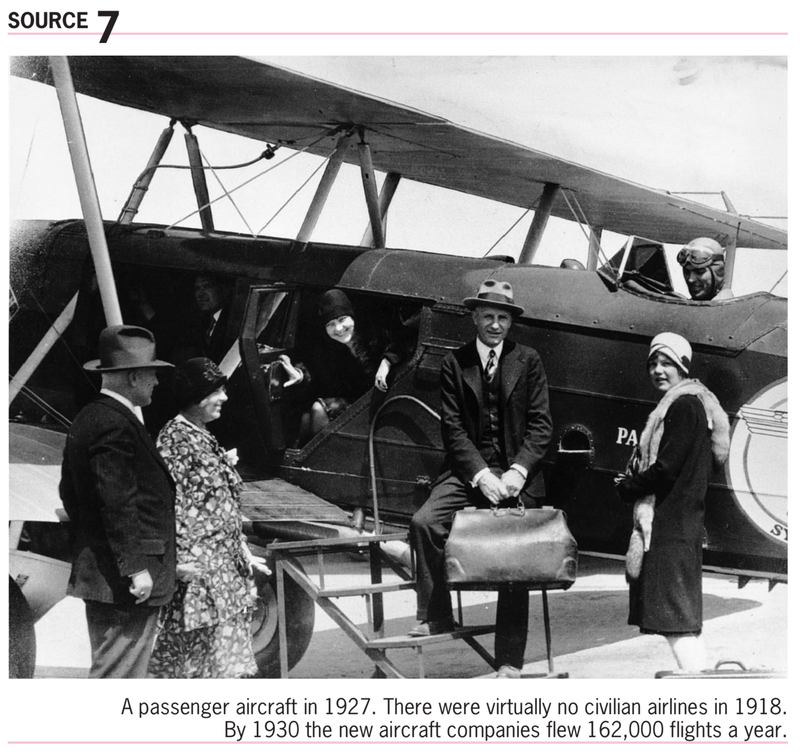 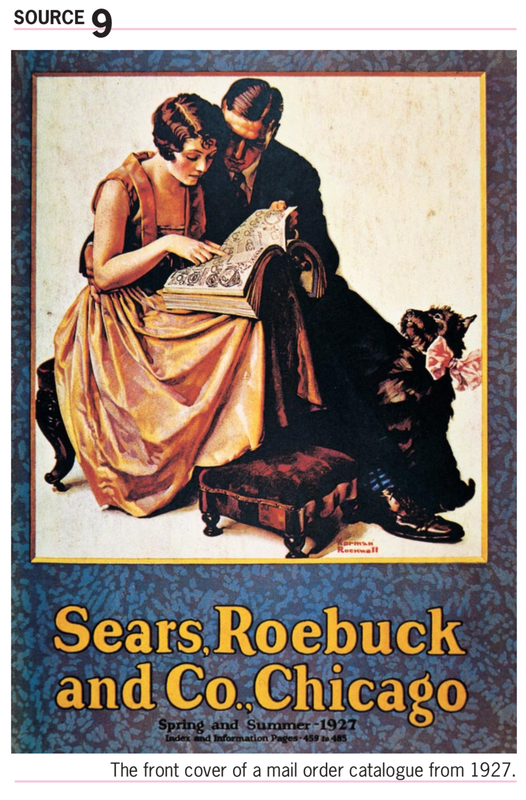 Why was there a boom?
There were several factors that contributed to this boom, including:
Below is the film we watched in the lesson that outlines the main features of Fordism and Taylorism, the main innovations in the US industrial economy in the 1920s. The short extract from Charlie Chaplin's Modern Times is a contemporary critique of Fordism.
Country versus town - Why did agriculture not share in the prosperity? 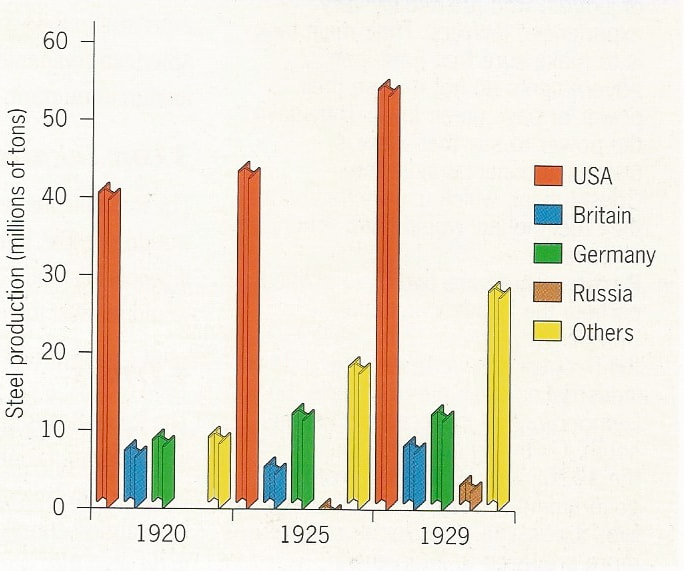 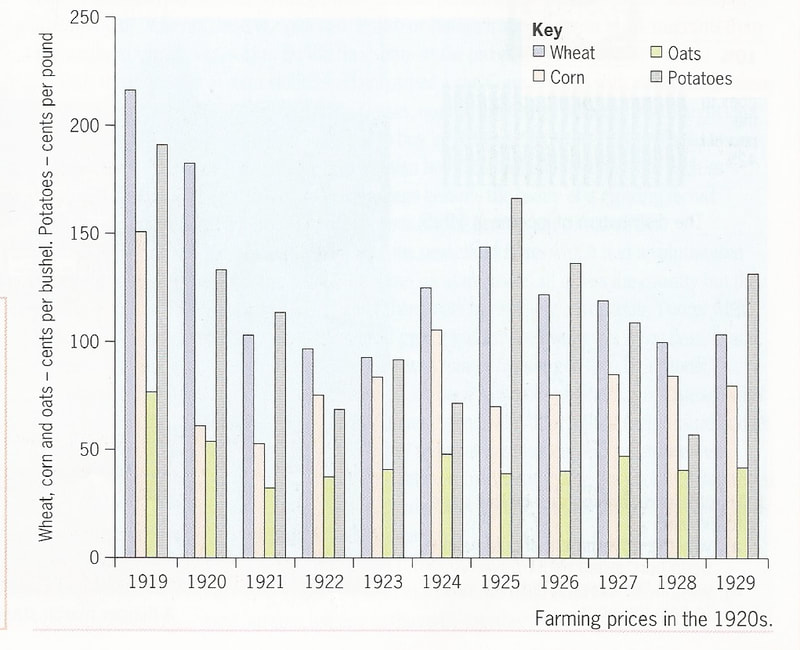 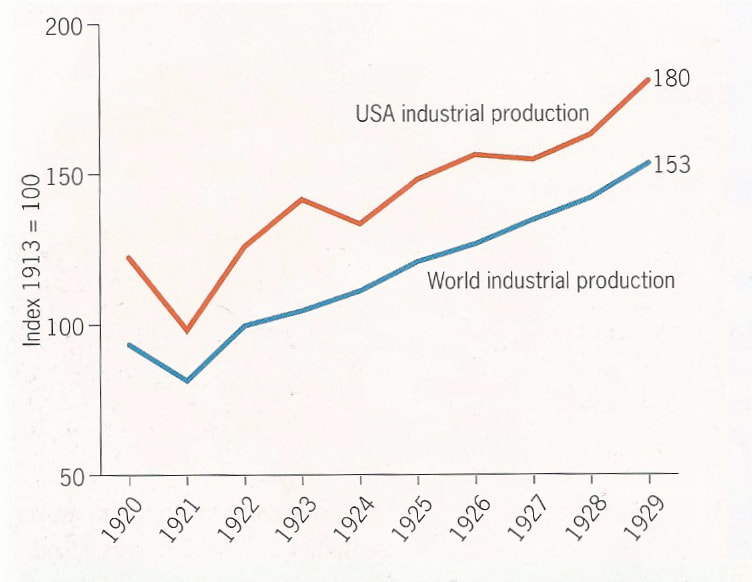 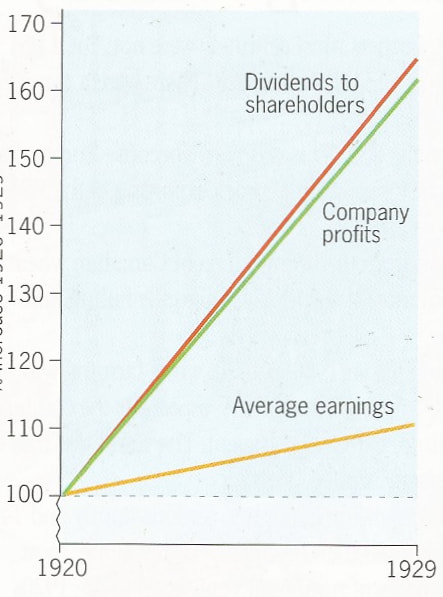 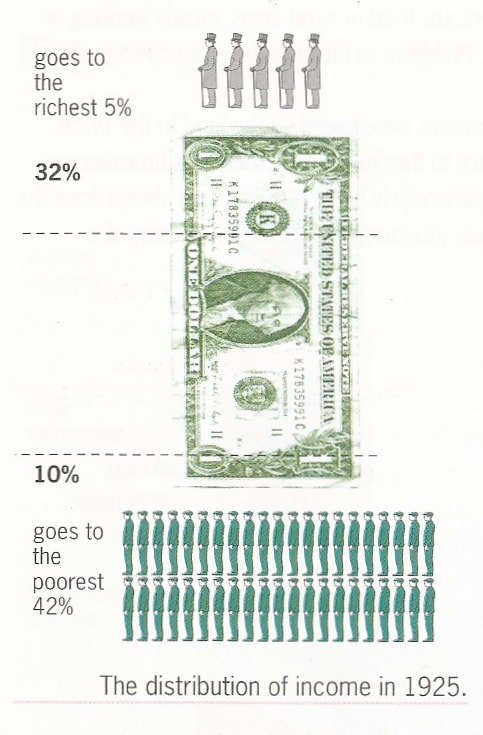 1. If in an oral you were asked to explain how the US political system works, how would you do it? Write a paragraph of explanation - with diagrams if that helps - but make sure to include all the words in bold.

2. Using the sources and your textbook, describe the main features of the 1920s economic boom.

4. The textbook doesn't refer to the second industrial revolution, Fordism and Taylorism, so explain them here.  Make a good job of this because of all the things in this section this is what I'm most likely to test you on.

5. Finally the farmers. As we will see next lesson, not everyone benefitted from the boom. Using your textbook and the sources above explain why America's rural community did not share in the wealth of the growing urban centres.
Extension and extras

As IB students know, there is a section of the Paper 2 exam which is concerned with industrialisation. 7. Origins, development and impact of industrialization (1750–2005). Students are encouraged to see the links between different phases of the industrial revolution as it rolled out across the world. We have already looked at Britain, Switzerland, Japan and most recently the Five Year Plans in Stalin's Russia. The IB exam paper often expects students to compare and contrast different regions of the world and the USA is very much in a different region to the UK. Comparing the first (British) industrial revolution to the second (American) is therefore a useful and, I think, interesting activity. In addition, as both these topics are *Matu topics that are more likely to appear in Matu exams, for revision purposes this extra reflection also makes perfect sense. Consider this activity you did last year. How does what you learnt in this unit impact on your approach to the earlier activity?