Read the text above and watch the short video extracts on Yalta and Potsdam. Complete the 'focus task' on page 323 of your textbook, 'Why did the Allies begin to fall out in 1945?'
The three sources of tension which caused the Cold War: Eastern Europe, Germany and European Reconstruction.
1. Eastern Europe
The Declaration on Liberated Europe, agreed at the Yalta conference in February 1945 had supposedly guaranteed democratic elections for all states which were to be liberated from Nazi Germany's control. In reality though, where the USSR was now in occupation, Stalin had no intension of giving up control of territories that were an essential 'buffer' to the defence of the USSR. Three times since 1914 Russia had been invaded through Poland. Across central and eastern Europe pro-Soviet regimes were imposed and where elections were held, they were fixed so as to give Communist Parties the necessary majority. (See map below and on p.324)  By 1946 an 'iron curtain' had been imposed on Europe. 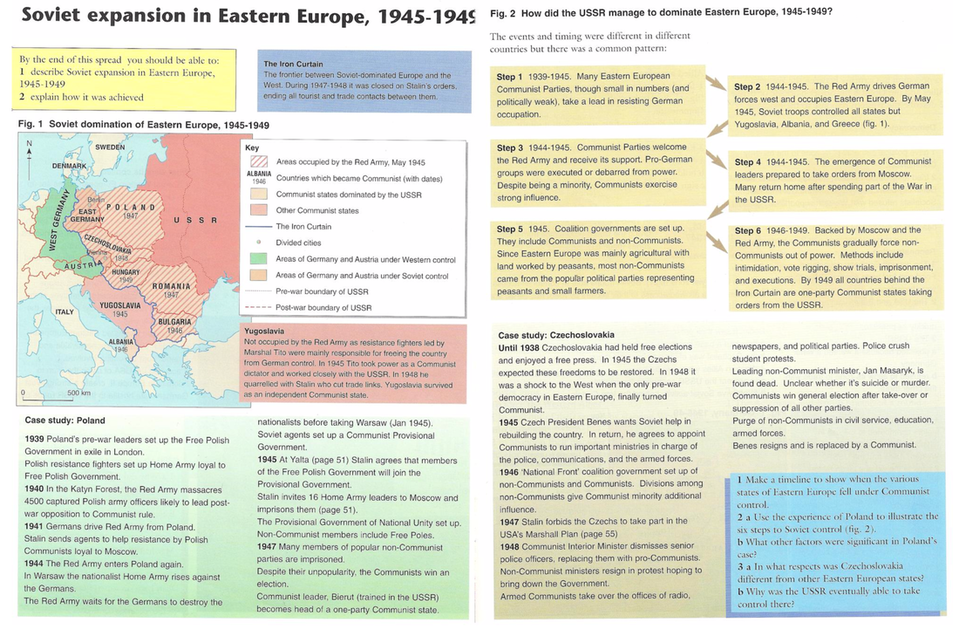 2. Germany
​Churchill and Roosevelt had met in Quebec in September 1944 and agreed a policy on the future of Germany. Named after Henry Morgenthau,  United States Secretary of the Treasury, the Morgenthau plan was designed to deindustrialise Germany and to break her up into separate states. Supported by France and the USSR, this policy was intended to prevent Germany from ever being able to wage war again. In the words of Roosevelt 'I want the Germans to know that this time at least they have definitely lost the war'.
As we have seen at the Potsdam conference, Germany was divided, but not in the way foreseen by Morgenthau. Such was the complete and absolute devastation of Germany, the Allies needed to take over the running of the country, with each of the four powers responsible for one sector each. Divisions between the former allies about how the sectors such be administered were apparent from the start. As you will have seen in the film above, the USSR plundered its eastern sector for reparations, whereas the western powers became concerned that a hungry and desperate German population might turn once again to political extremism. 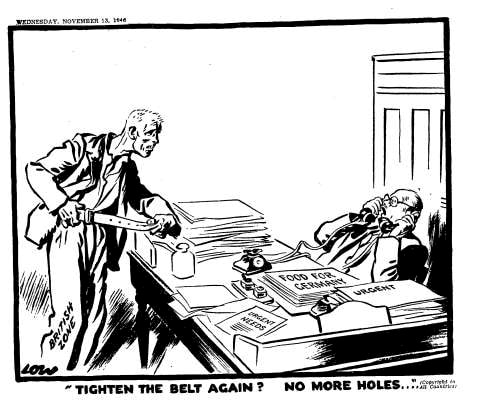 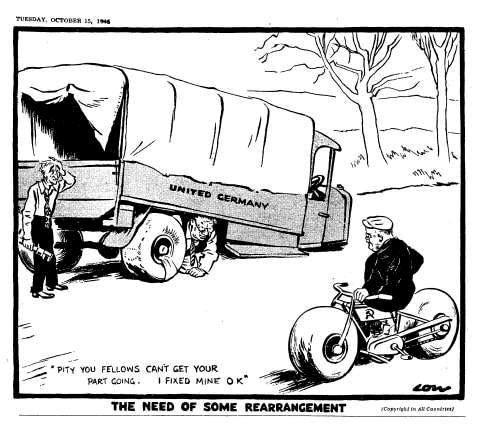 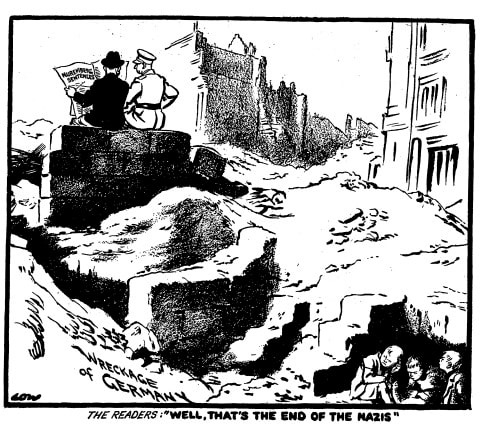 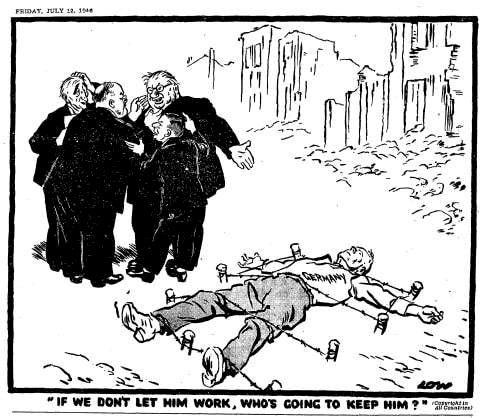 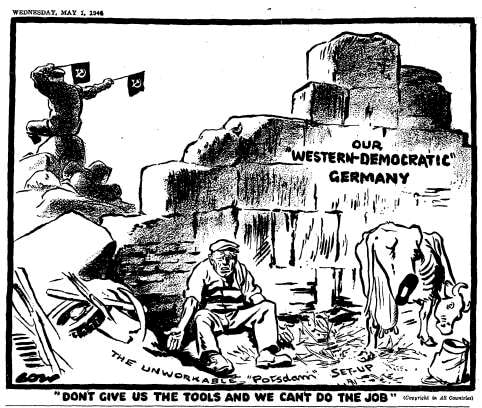 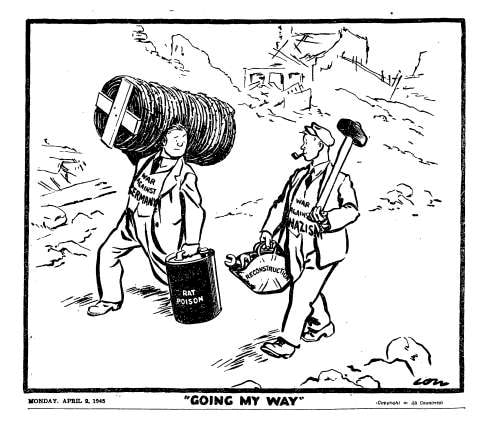 Activity 2
Select one of the six cartoons above and paste it into your notes. Referring to details in the cartoon, explain the message that Low is trying to convey.
3. European Reconstruction
The third important postwar dispute within the grand alliance concerned European reconstruction. The Truman Doctrine had established a set of political policies, but if communism was to be 'contained', western European capitalism needed to be strengthened. As American General Lucius Clay stated, 'There is no choice between being a communist on 1,500 calories a day and a believer in democracy on a thousand'. The communist parties of France, Italy and other countries had established a strong position for themselves after the war. Until May 1947 the French and Italian communist parties were members of ruling coalitions, and communists participated in the government of other West European states as well.  The American solution was the Marshall Plan. US Secretary of State, George Marshall's plan for a European Recovery Program, was made public in a famous Commencement Address at Harvard University on June 5th 1947.
Activity 3

Read the article by Geoffrey Roberts on the three important post-war disputes. Using the films and text above to help you, produce the text of a seven minute oral that addresses the question 'why did the Cold War begin between 1945 and 1947. ​
Extras