Lesson 2 - The Scramble for Africa.
3. Social and cultural interests - Humanitarian goals - missionaries, doctors, colonial officials believed they had a duty to spread western civilisation (medicine, law, Christianity...  football, golf and cricket) also social Darwinism - many Westerners believed in their racial superiority, the idea that Europeans were superior to all others. Imperial conquest/destruction of weaker races was nature's way of improving the human species.​
The Success of Western Imperialism - 1870-1914
Imperialist nations gained control over much of the world - reasons for their success:
​
Forms of Imperial Rule

Design a revision diagram or mind map about this introduction to 'New Imperialism: causes, success and forms'. It must be no more than one side of A4, visually interesting and cover each of the three themes identified above.  Be inspired by some creative examples from previous years below. (Click to enlarge) 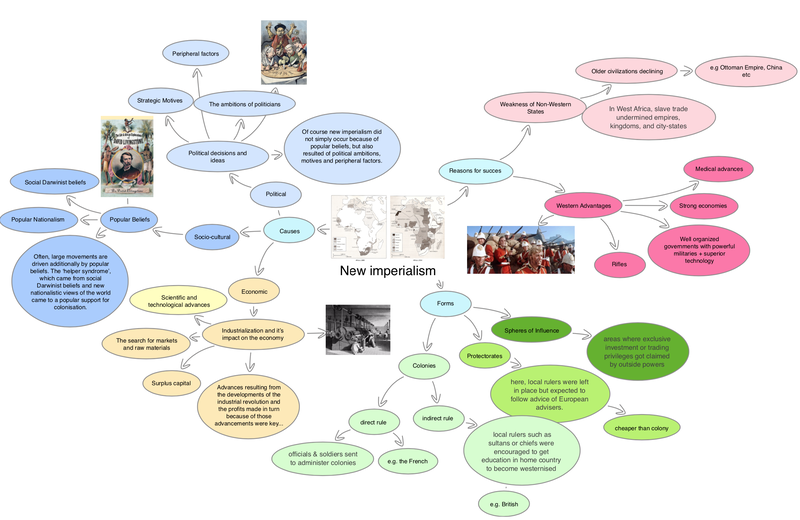 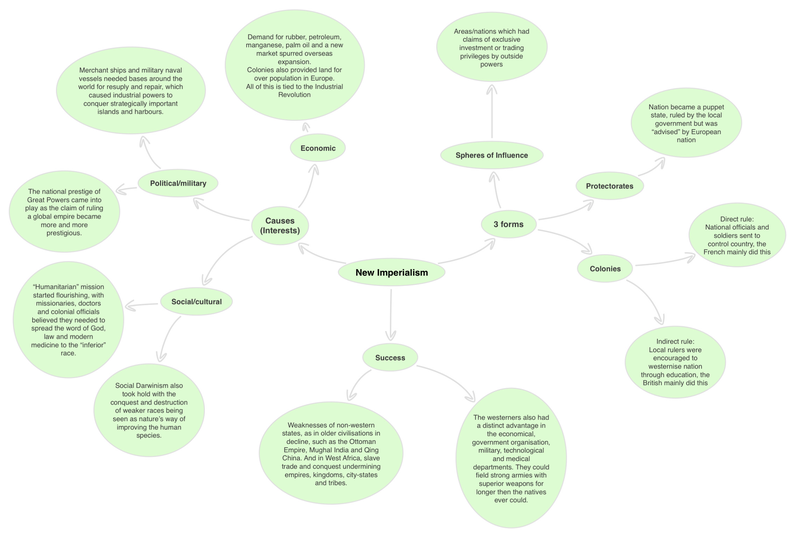 The origins of European colonisation in Africa are closely tied to the Slave Trade. By the early 1800s, Europeans had outlawed transatlantic slave trade, but East African slave trade continued. In 1787 Britain organised Sierra Leone in West Africa as colony for former slaves and in 1847 Liberia became an independent republic (settled by free blacks from the U.S.)

Africa known as the "dark continent" because little was known about its interior, rivers were difficult to manoeuvre and disease kept many Europeans from venturing far) Missionaries tried to spread Christianity and spoke out against slavery, they built schools, churches, medical clinics. The relationship was perceived as  paternalistic they saw Africans as children in need of guidance.

Belgian King Leopold II hired Henry Stanley to explore the Congo River basin and to arrange trade treaties with African leaders. He hoped for conquest and profit and his activities in the Congo set off a rush (scramble) by other European nations to acquire territories in Africa.

​​Berlin Conference 1884-5 - The European powers met to decide how to carve up Africa - no Africans were invited. They recognised Leopold’s claim to the Congo Free State but called for free trade on Congo and Niger rivers. It was agreed that no European powers couldn't claim any part of Africa without first setting up a government office there. 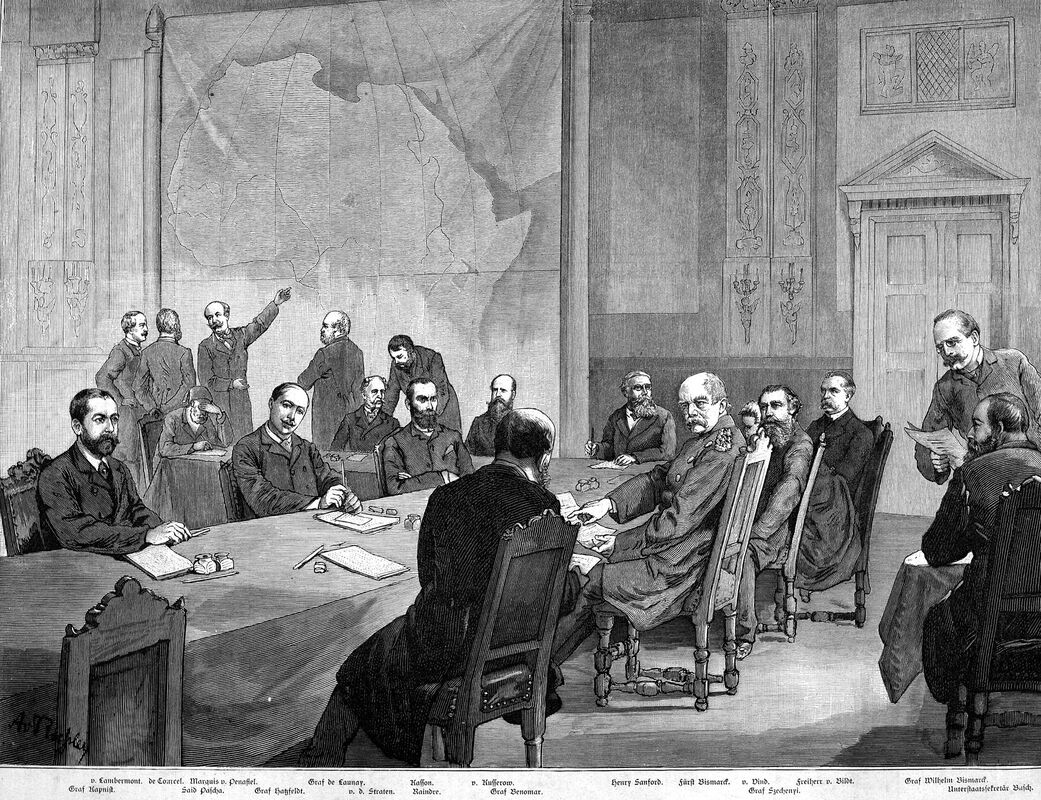 ​
​Within 20 years, most of the continent had been partitioned by European powers:
Activity 3 - A case-study of Rhodesia
Extension

Ever wondered what it is like to study history at university? Professor Richard Evans (Oxford) and John Merriman (Yale) give you a taste.