Unit 1 - Bronze Age Greece​
Lesson 1 - Minoan Civilisation
The farmers in Crete soon began to produce much more food than they needed for themselves. This meant that they could exchange surplus food for other things produced by other people. There was no need now for everyone to produce food for a living. Some people began to work as craftsmen or builders or artists. Trade developed with other lands. Towns and palaces were built and fine arts and crafts were produced.

In the late 1960s, BBC television invited the scientist Jacob Bronowski to explain the history the stages of human development in a series of documentaries. The following two short extracts provide an excellent introduction to the neolithic farming revolution and the importance of the Bronze age.
Women dressed more elaborately in brightly-coloured long dresses with tight tops (perhaps the first fitted garments in history) or they were open to the navel allowing their breasts to be left exposed, perhaps during ceremonial occasions (see below). It must be remembered that other forms of dress may have been worn for which we have no record. 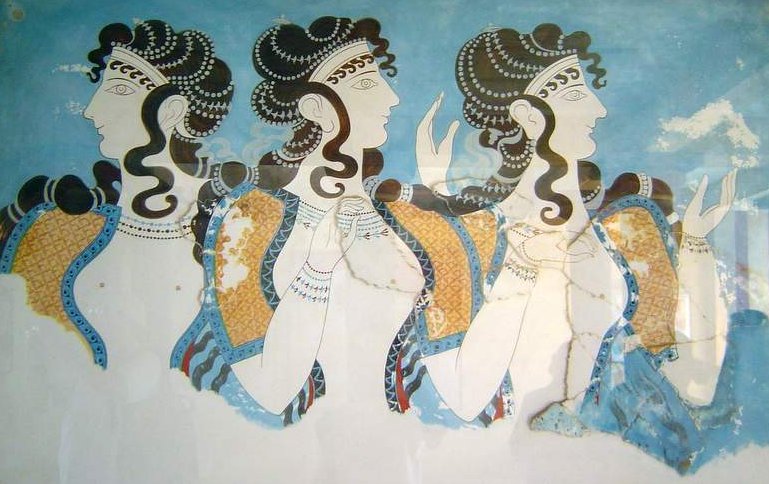 The Minoans seem to have been a very religious people. They believed in several Gods and Goddesses (female Gods) and the Goddesses appear to have been the more important. There were priests and priestesses to carry out sacred ceremonies. There were sacred symbols which the people regarded as important. One such symbol was the double-headed axe or ‘labrys’. (below) Another was the image of a bull's horns. The bull was a sacred animal to the Minoans.
One amazing Minoan activity was bull-leaping. This appears to have been a mixture of a very dangerous sport and a religious ceremony. Young men and women would grasp the horns of a bull as it charged towards them. They would then leap over the head of the bull, on to its back and then on to the ground. 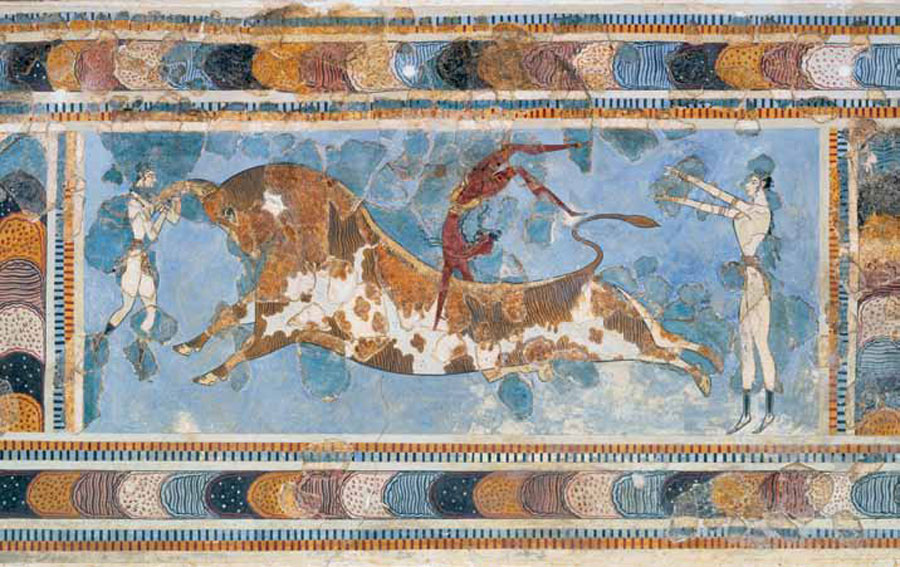