Unit 1 - Bronze Age Greece​
Lesson 4 - The Mycenaeans
From about 1600 to 1200 BC, Greece was dominated by people known as the Mycenaeans. Unlike the Minoans, these people came from the mainland of what is now Greece and Turkey. Most Mycenaeans had similar religious beliefs and customs and they all spoke an early form of the Greek language. But they were not all ruled by the same leader or the same government. They lived in many small, separate kingdoms, each of which was centred on a city. The first of these cities to be re-discovered was Mycenae. That is why these people are referred to generally as Mycenaeans. 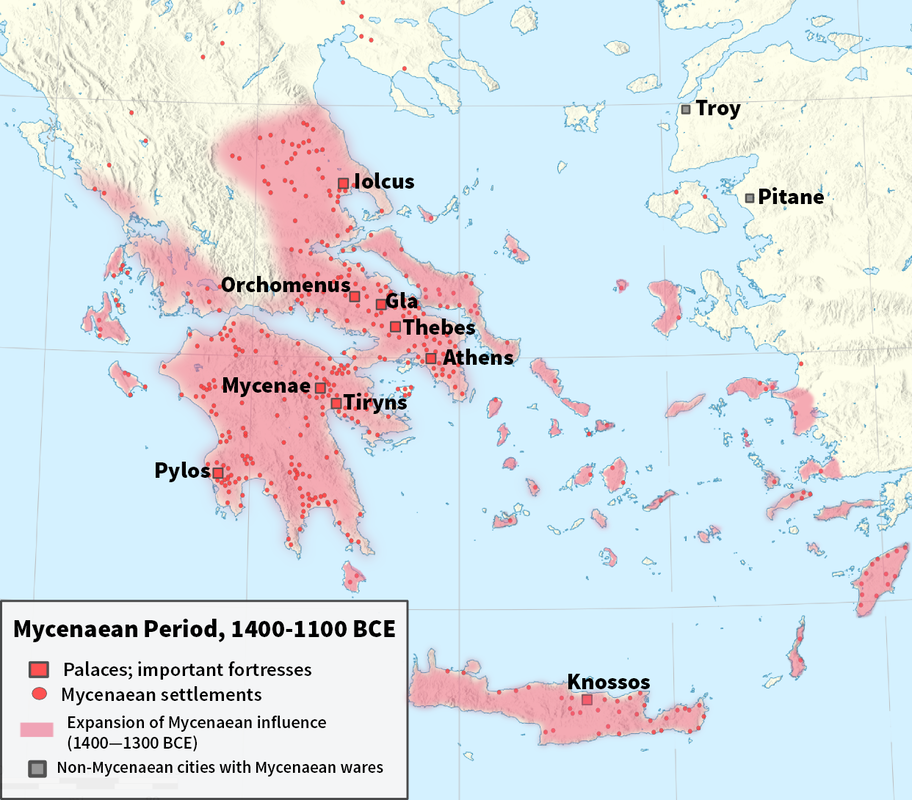 The Mycenaeans were careful where they built their cities. They usually built them on or around hills, so that they could be easily defended in times of war. This type of city was known as an acropolis ‘high city’. The city of Mycenae was surrounded by a defensive stone wall which was up to seven metres thick.

Each Mycenaean city contained many houses, craftsmen's workshops and even tombs. It also contained storerooms where agricultural produce from the surrounding countryside was kept. But the most important building in each city would be the royal palace, where the king and his family lived. The palace might contain several separate buildings around a central courtyard. It would be brightly painted and its walls would contain many frescoes. Each palace would have a large hall called a megaron. From here, the king would rule his little kingdom.
​
To the left the acropolis of Midea as seen in an example of aerial archaeology and to the right an artist's reconstruction.
Warriors
​
Quite unlike the Minoans, whose society benefited from trade, the Mycenaeans advanced through conquest. The Mycenaeans seem to have been a very warlike people and Mycenaean states frequently fought with each other. The ruler of each state had to supply his soldiers with food, housing and even slaves. Many warriors lived within the royal palace. Archaeologists have found the remains of the armour and weapons in the tombs of kings and important warriors. Most soldiers wore leather helmets. The helmets were fastened under the chin and protected the cheeks as well as the head. Ordinary soldiers wore leather tunics to protect themselves. Soldiers carried shields, which were made of a wooden frame with leather stretched over it. Soldiers were usually armed with spears. Richer and more important soldiers wore bronze helmets and armour and sometimes fought from chariots with specially trained drivers.

The Mycenaeans certainly believed in life after death. They buried their leaders in very elaborate tombs and placed many of their belongings with them for use in the afterlife. Some royal tombs contained so many valuable goods that later historians first thought that they were treasure stores. Like the Minoans of old, they had several gods and goddesses. Like the Minoans, they seem to have believed that the goddesses were the more important.

This image comes from a gold death mask found in a royal Mycenaean tomb. The 'Mask of Agamemnon' is an artefact discovered in Mycenae in 1876 by the German archaeologist Heinrich Schliemann (see next lesson). This mask is made of pure gold and would have been placed over the face of the dead king and would have been a sort of portrait of the king's face. What clues does the mask give us about the appearance of Mycenaean men? Archaeologists now believe that this is not the mask of King Agamemnon, but dates from an earlier era. 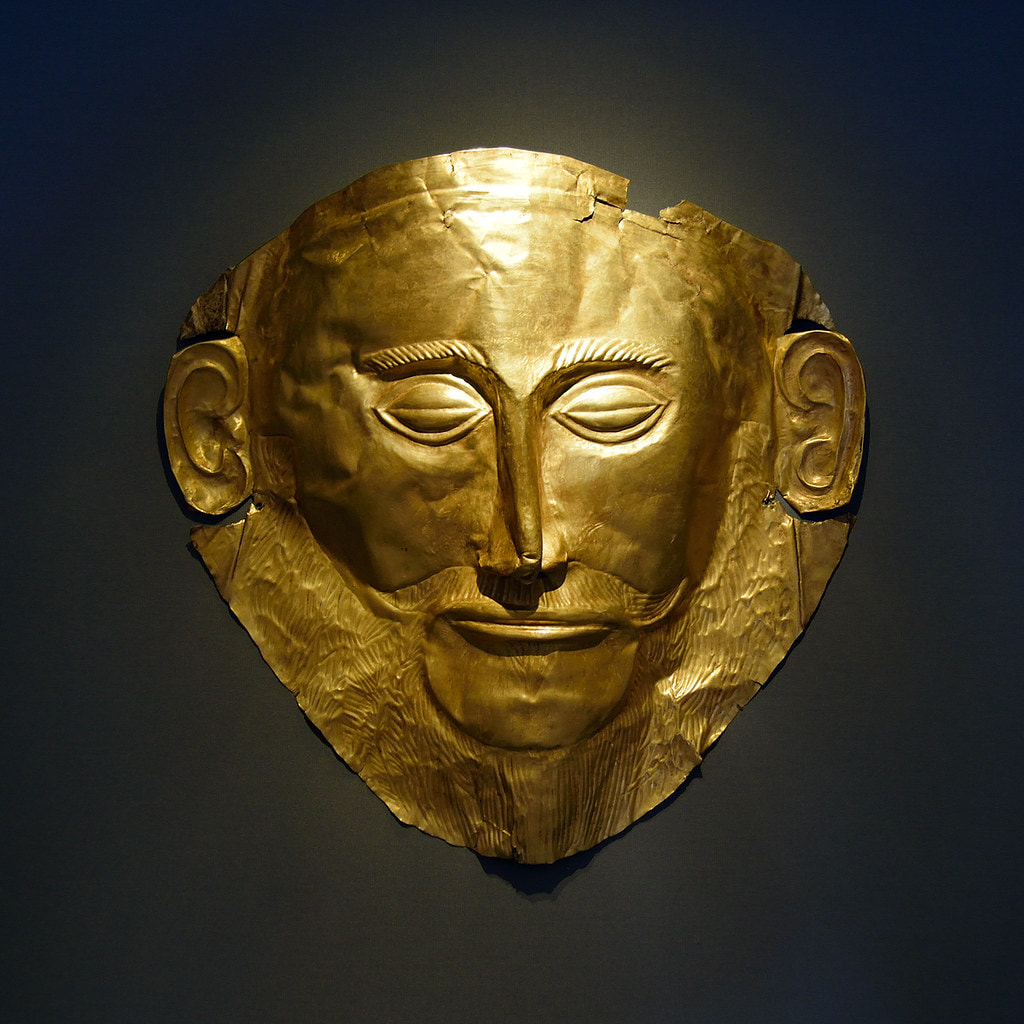