In 1804 Napoleon increased his power still further by making himself Emperor. Again, voters showed their support with a massive vote of approval. France thus became an empire after twelve years of being a republic. As Emperor, Napoleon brought back some of the things that had been abolished during the Revolution. For example, he insisted on being crowned in a coronation ceremony like that of the old French kings.  Next, Napoleon brought back noble titles for member's of his family. For example, his brothers Joseph and Louis became Grand Elector and Grand Constable of the Empire. Later, in 1808, he created an Imperial Nobility consisting of princes, dukes, counts, barons and knights. Nobles had to be very rich if they wanted to pass their titles on to their children: a prince, for example, had to leave his son an income of 200,000 francs a year to keep the title in the family. Unlike nobles before 1789, however, Napoleon’s nobles had no privileges. 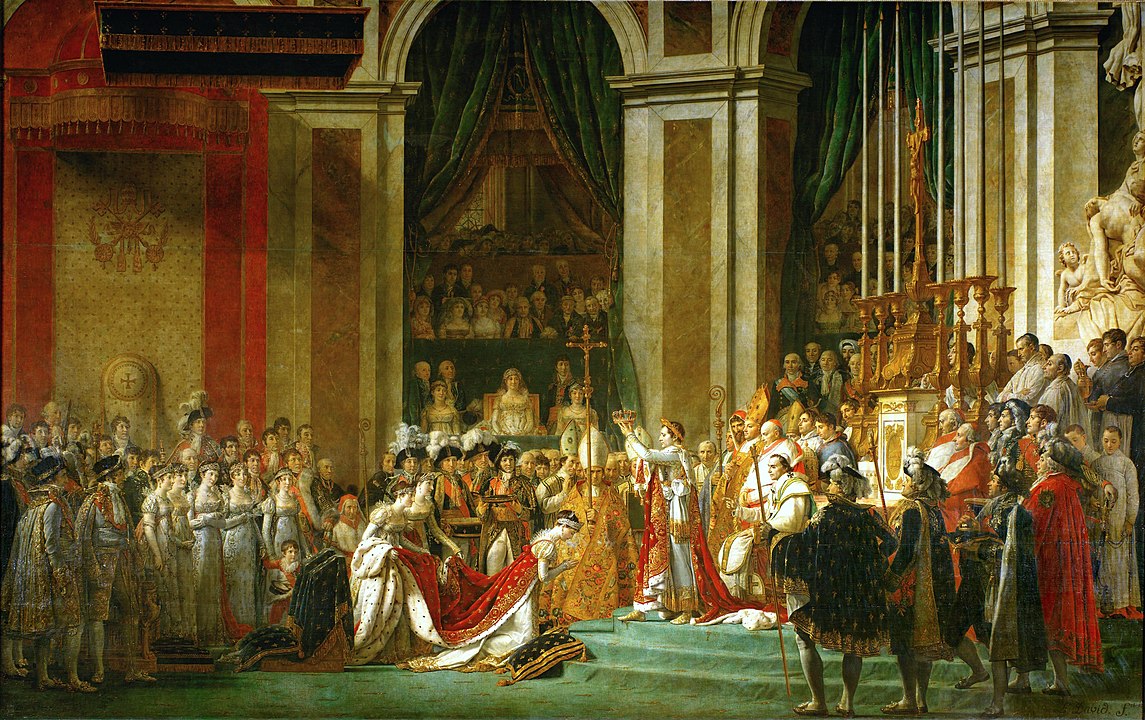 ​In pairs make a table like the one below.  Watch the film 'change, continuity and reaction' and read the text.  In the table explain how some of Napoleon’s actions marked a change from revolutionary France, how some were a continuity and others a reaction against the revolution and a return to pre-revolutionary practices.